The Perfect Executive Summary in an RCA

The Perfect Executive Summary in an RCA

You’ve investigated an incident, and now it’s time to write up your report.

This report should document what you’ve found, and the corrective actions needed to prevent recurrence or mitigate the problem to an acceptable level.

At the heart of a good report is a strong, clear executive summary. What does an executive summary look like? Is it a dot point affair? Is it a few one-liners that capture the critical elements of the issue? Or do you tell a story that recreates everything? Is it something in-between?

"One size does not fit all" – particularly given that different companies have different needs and policies – there are some golden rules that can be applied in crafting the perfect executive summary.

An executive summary should be brief and to the point. Yet it must still convey critical information, such as:

It should only take a few minutes to read. For a manager whose time is precious – and hence will likely not read the full report – the executive summary is their insight into the full investigation.

An executive summary should be factual, yet written for easy reading. Everyone should be able to understand it, so avoid words that confuse people. Stick to clear, simple language that is easily read and interpreted.

An example: “… a temporary loss of cognitive function.”

An ore truck, fully laden with coal, was driving out of a mine. The engine “died” and the ore truck rolled backwards, hit a bank and flipped over. There was considerable damage but no injuries.

An investigation was launched, and a report produced. This report stated that “the driver had a temporary loss of cognitive function.”

This is not clear. What actually happened was that the driver fell asleep. Why didn’t they just say that in the report? Perhaps the report’s writer was trying to protect the driver from undue criticism. Yet, of course, the driver didn’t mean to fall asleep.

The purpose of an investigation is not to point the finger, but to prevent a recurrence. So instead of focusing on “who”, a “why” question is needed in this example to elicit more specific, factual responses.

Don’t fall into the trap of assuming that everyone will be able to follow your technical or task-specific jargon. Likewise with abbreviations or acronyms. Try to avoid this type of language. Instead, write the report for a non-technical audience. This will make it easier for a broader readership to interpret and make sense of it, and reduce the number of questions you field once the report is published.

Use Cause and Effect language

With reference to the cause and effect chart you created during the investigation, use “caused by” language to join the causes together. So A was caused by B and C; B is caused by D, E and F; and C was caused by G and H (where the letters represent the causes depicted in the chart).

This approach is simplistic, and deliberately so. It summarises the chart in a language that is easy to follow. It is factual and gets to the point. It avoids “storytelling” and the different interpretations that come from such an approach.

By following the advice above, you will find that an executive summary is quick and easy to read – and doesn’t take long to write, either.

Be aware that every organization’s needs are different, and yours may have specific rules around what an executive summary should contain. If you have no template to follow, then use the advice above to craft the perfect executive summary for your investigation. 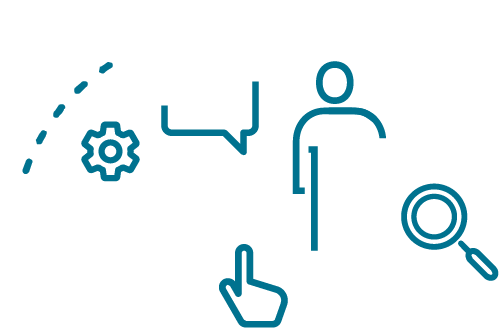 Get trained in the Apollo Root Cause Analysis methodology

Be a better problem solver and learn the Apollo Root Cause Analysis methodology to prevent the recurrence of any kind of problem or failure.

Apollo Root Cause Analysis™ and RealityCharting® are registered marks of Apollonian Publications LLC. ARMS Reliability is an authorized distributor and reseller of those products and a worldwide trainer in respect of their use. © 2021 ARMS Reliability.